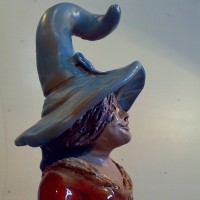 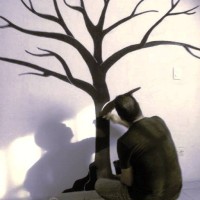 At the third day, Verdie take a lesson on the command deck

“They are bandits, they attack our ships and abandon in collition course to the collonies, they should have some kind of cloacking device that hides from our scanners.”

“Yes Sir, i don’t have much access to the Net in my home, but my uncle come home in every license he had and told me about. He even shows me a small token he had, is small but weights a lot and in sunlight bright in weird tones.”

“Hum, some day i should talk to your uncle” say the Captain while stands up and open his arms showing the ship “He talk to you about this? About the space? The ships? The cannons?”

“In some way, yes, if he didn’t told me of the decks and the airlocks i never have get onboard.”

I have done my best keeping your main ideas, but some specifics may have suffered. I hope this helps.

On the third day, Verdie took a lesson on the command deck.

“What do you know about the Kuku’s? ”

“They’re bandits that attack our ships and colonies. They have some kind of cloaking device that hides them from our scanners and use abandoned ships as weapons.”

“Yes Sir, I never had much access to the Net at home, but when my uncle visited, he shared his experiences. He even showed me a small token he had- a rock, much heavier than it looked, that when exposed to bright sunlight emmitted weird tones.”

“Hum, some day I should like to talk to your uncle” said the Captain, while standing up and opening his arms to show off the ship “He talk to you about this? About space? Our ships? Cannons?”

“In some ways, yes. If he hadn’t told me of decks and airlocks, I never would have made it on board.”

“And about the Kuku’s? I’m sure he told you that they’re not human, but did he tell you that we don’t understand what they are? Or where they are from? And that the remains always are disappointing?”

"I'll see you on the dark side of the moon"